Top 10 Pediatric Brands For Cough & Cold In India– Coughing is a deliberate or involuntary action that clears the throat and breathing path of bacteria and mucus while also expelling air quickly from the lungs. People go for Top 10 Pediatric Brands For Cough & Cold In India for instant relief. Coughing appears to be a highly frequent illness, particularly among children. Coughs and colds are still highly widespread, according to data, even if the healthcare sector has improved greatly in pharmaceutical treatments and people recognize the importance of health nowadays. 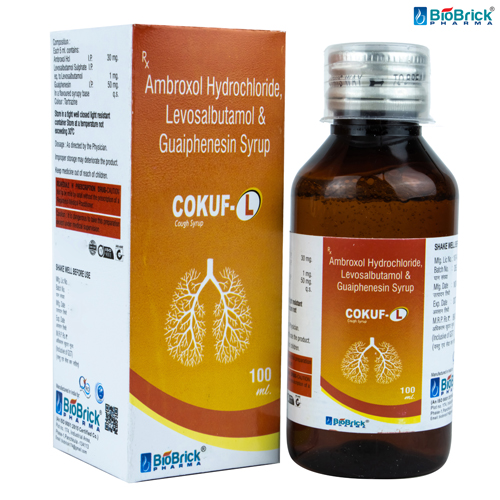 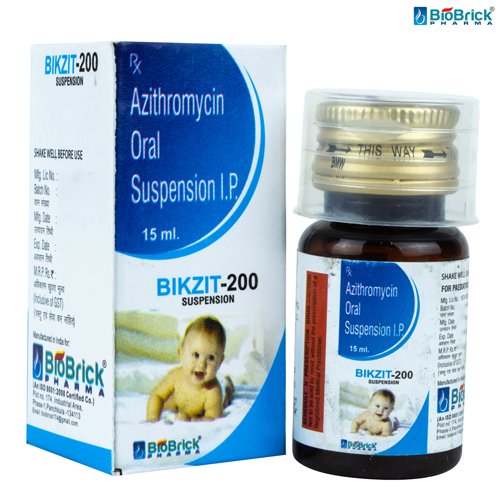 Azithromycin suspension is contained in BIKZIT and is used to treat a wide range of bacterial illnesses. It is an antibacterial medicine that comes in the form of a syrup and works against infections in the ear, nose, throat, skin, lung infections such as cough, and other bodily organs. It works by dissolving the bacteria’s cell wall, which aids in their growth in the body, to eradicate the infection at its source. This medication protects the bodies of children from infection and fights microorganisms. The drug begins to function after only a few days, but it is critical to complete the entire course. 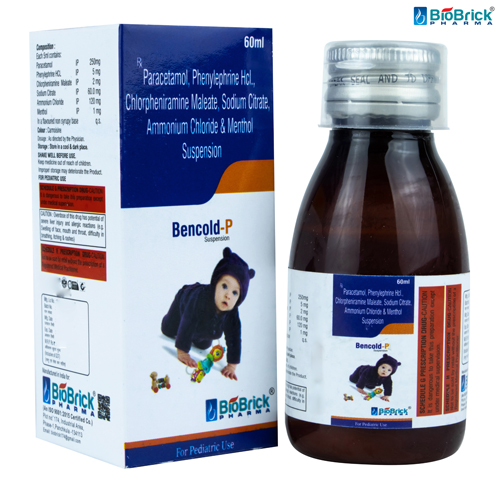 BENCOLD-P is a suspension made up of three ingredients: cetirizine, paracetamol, and phenylephrine. It’s used to treat common colds and fevers. Cetirizine is used to treat allergic reactions in the body. It works by inhibiting histamine, a chemical that sends messages to the brain about allergic reactions. Finally, this medication aids in the treatment of allergic symptoms like watery eyes, runny nose, and sneezing. Paracetamol, often known as antipyretic, is a pain reliever that is also used for regular fever and colds. This medication inhibits the release of certain chemicals that send pain and fever signals to the brain. 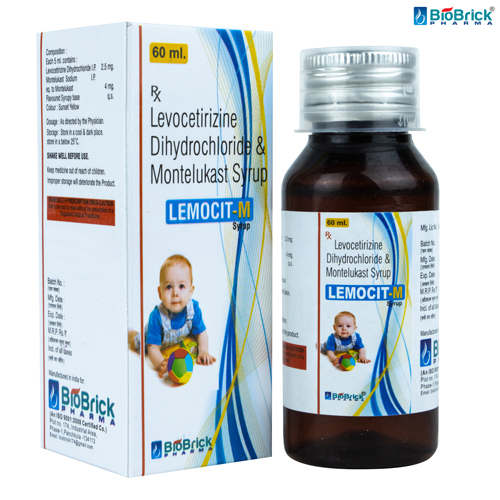 LEMOCIT-M is a combination of two drugs, Levocetirizine and Montelukast, that reduces allergies-related sneezing and runny nose. Levocetirizine is an antiallergic that works by blocking histamine, a chemical messenger that causes runny noses, watery eyes, and sneezing. Montelukast is an anti-leukotriene drug. It operates by preventing the release of another chemical messenger (leukotriene). This relieves symptoms by reducing inflammation (swelling) in the airways and nose. It is listed among the Top 10 Pediatric medicines for Cough and Cold in India.

Ambroxol, Levosalbutamol, and Guaiphenesin make up Justkof-L Kid Drops, a three-drug combination medication. Ambroxol is a mucolytic, which thins and loosens mucus (phlegm) to make coughing more comfortable. Levosalbutamol is a bronchodilator that widens the airways by relaxing the airway muscles. Guaiphenesin is an expectorant that helps to remove mucus (phlegm) from the respiratory tract by reducing its stickiness. They collaborate to make breathing more comfortable. This medication is primarily used to treat mucus-producing coughs. Coughing is the body’s defense against illness and the removal of irritants from the airways.

Justkof B suspension is used to treat cough by thinning mucus in the nose, windpipe, and lungs, making coughing easier. It also gives off a cooling sensation and soothes slight throat irritation. It is only to be used on a doctor’s prescription and must be administered to the children on time. Terbutaline, Bromhexine, Guaiphenesin, and Menthol are all present in the suspension. Terbutaline is a bronchodilator, meaning it relaxes and expands the muscles of the airways. Bromhexine is a mucolytic, which thins and loosens mucus (phlegm) to make coughing more comfortable.

Justkof D Kid is a cough drug that relieves symptoms such as sneezing, runny nose, watery eyes, and throat irritation. It also helps to relieve nasal congestion and stuffiness. The drops should be used as directed by your doctor for as long as he specifies. To get the best results, make sure to finish the treatment course. Dextromethorphan, phenylephrine, and Cpm are the three drugs in it (Chlorpheniramine). Dextromethorphan is a cough suppressant that works by reducing the activity of the cough center in the brain.

Koldbyte P DS is a prescription medication used to treat symptoms such as runny nose, sneezing, coughing, watery eyes, body aches, sore throats, and fever. Give your child the medicine with food to lessen the risks of your child getting an upset stomach. Always remember that your child’s doctor’s dosing plan is based on the type of symptoms he or she is having, so be sure to follow the dose, time, and method indicated. Ensure that the medication is delivered on time. Inform your doctor if the drug has any negative side effects.

Grilinctus Paediatric Syrup is a combination drug that efficiently cures typical cold symptoms such as blocked nose, runny nose, watery eyes, sneezing, congestion, and stuffiness. It aids in the loosening of thick mucus, making coughing easier. This allows air to flow in and out more easily. It causes blood vessels to constrict and provides immediate relief that lasts several hours.

A dry cough, also known as non-productive cough, is characterized by the absence of phlegm or mucus. This is a bothersome condition that is generally accompanied by a tickly throat and can be caused by a cold, flu, allergies, or throat irritants. Dry, hacking coughs are relieved by Ascoril D Junior Cough Syrup. It will also help you carry out your everyday activities more easily by relieving allergy symptoms such as watery eyes, sneezing, runny nose, or throat irritation.

Conclusion
These are the greatest medicines for kids that have a variety of applications and are extensively used in India. If you want to learn more about the Top 10 Pediatric Brands For Cough & Cold In India, contact us.

Our Product Range for Franchise

Our Target Location for Franchise